While A LCD is a desktop/pc monitor that uses a liquid crystal display to produce images. These monitors produce sharp, flicker-free images. 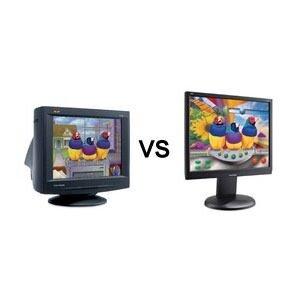 There are two techniques used for producing images on the CRT screen: